The workshop was attended by Mr. Stefan Hase Bergen – Director of DAAD Regional Office Hanoi, Assoc. Prof. La The Vinh – Dean of the School of Chemical Engineering, Prof. Le Minh Thang and Prof. Le Thanh Son – Project Coordinators on the Vietnamese side, Dr. Dirk Hollmann and Dr. Esteban Mejia – Project Coordinators on the German side, as well as staff, PhD students, Master’s students and undergraduate students from the partner universities who participated in the research exchange as part of the program. 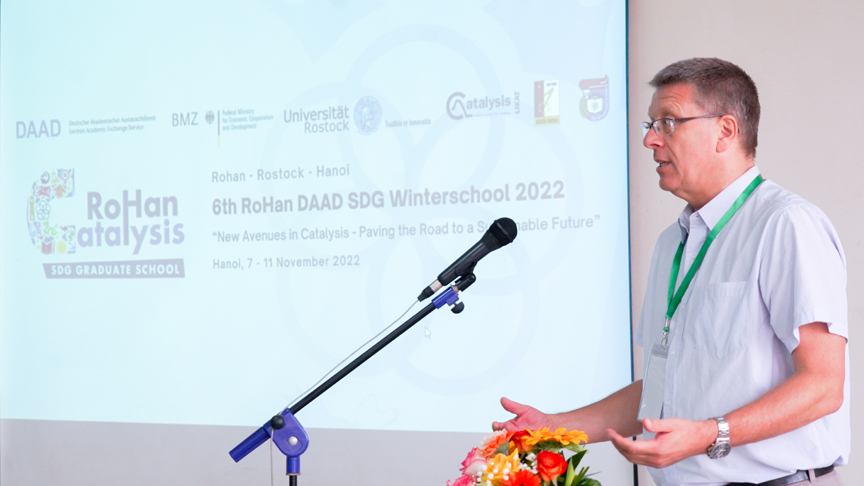 The RoHan project (Rostock – Hanoi) is a program of the German Academic Exchange Service (DAAD) funded by the German Federal Ministry for Economic Cooperation and Development (BMZ). The University of Rostock, the Leibniz Institute for Catalysis, Hanoi University of Science – Vietnam National University and Hanoi University of Science and Technology cooperate in the implementation of the SDG goals. The goal of the project is to promote the development and establishment of technologies through the training of highly qualified Vietnamese scientists capable of assuming leadership positions in industry and education. Emphasis is placed on quality education and promoting lifelong learning opportunities, as well as promoting gender equality and women’s empowerment. The project aims to achieve Sustainable Development Goals by 2030. 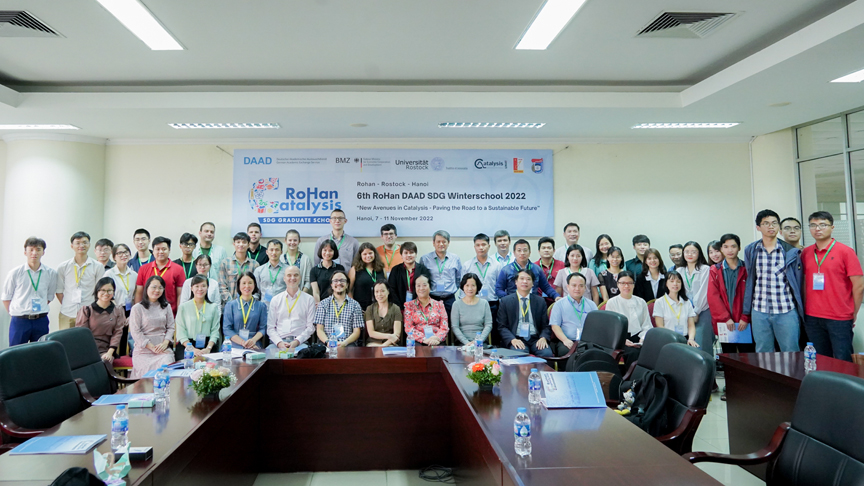 The RoHan project was implemented in two phases. Phase 1 from 2016 to 2020 was successfully completed and contributed to the training of PhD students and masters for the Hanoi University of Science and Technology, with about 20 staff members participating and cooperating in research in Rostock for a period of one month to 3 years. Phase 2 from 2021 to 2025 aims to further develop the results achieved in Phase 1. In addition, to promote the development of RoHan laboratory in phase 1, the project successfully invested in the German-Vietnamese Catalysis Center (GeViCat Center). This is a place where RoHan’s doctoral and master’s students are trained, and where doctoral students from Germany and other countries in Asia, as well as universities, conduct research. Universities in Vietnam and other University of Science and Technology units come to exchange and cooperate in research. The project expects that after the completion of Phase 2, the GeViCat center will develop into an independent international research center that invites domestic and foreign scientists for exchange and cooperation. The second focus is to promote the development of the Double Degree Master of Chemistry program between Rostock University and Hanoi University of Science and Technology, which was signed at the end of Phase 1 and is expected to develop into a regular and continuous program between the two universities, even after the end of Phase 2.

Within the framework of the Workshop from November 7 to November 10, 2022, 60 presentations and Posters with new ideas and research topics on sustainability in catalysis were presented at this event. 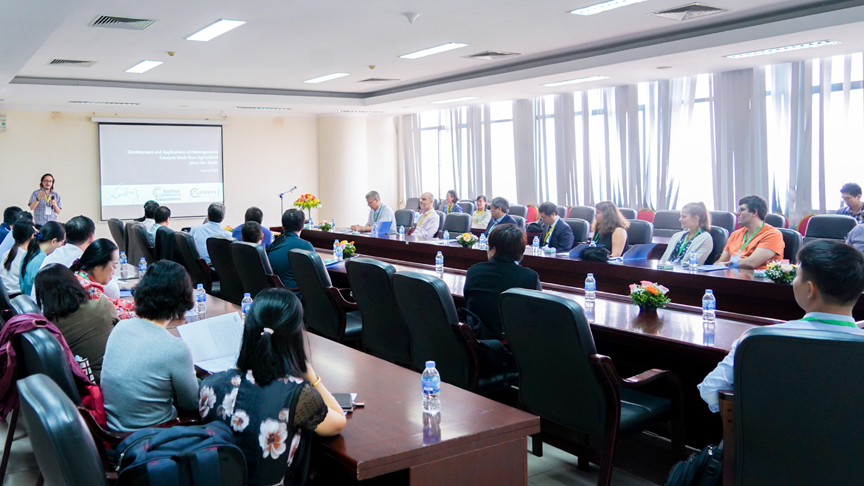 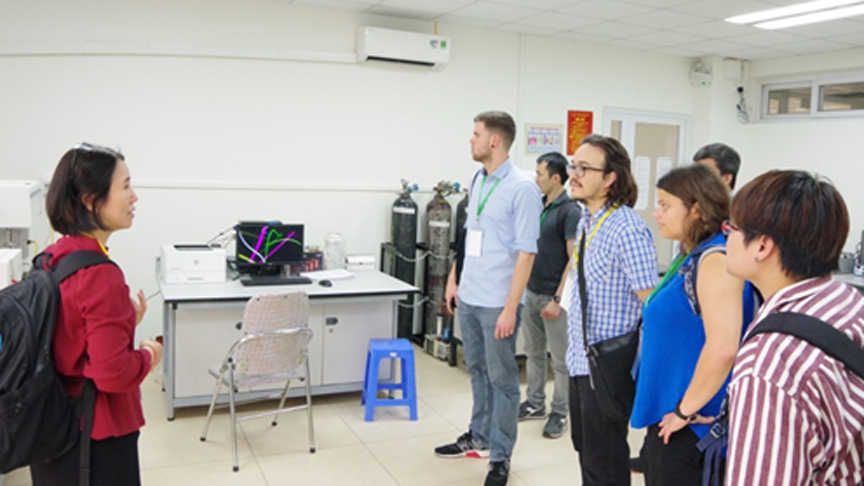 The workshop provided an opportunity for scientists and experts not only to exchange academic knowledge, access advanced technologies and innovation trends in the field of chemistry, but also to promote research cooperation between universities and research institutes to advance the development of science and technology in Vietnam.